Not long ago I dedicated a few afternoons experimenting with light, in order to understand how it behaves in a camera obscura. The initial attempts can be seen here.
The results of those tests derived in a series of practical, applicable results in pinhole calibration and can be followed here. 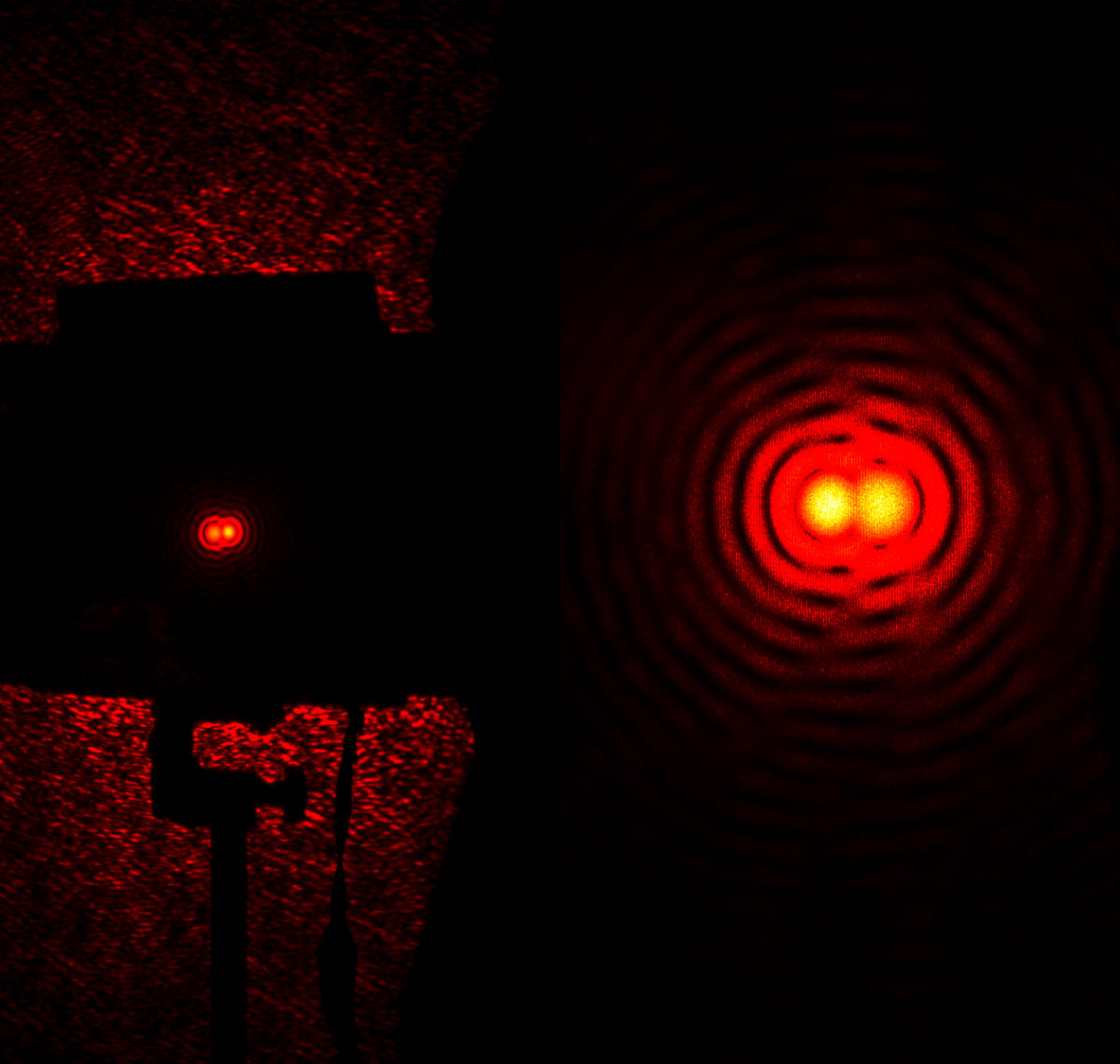 For the last part of the "Games with light" I enjoyed to check how the laser beam creates a different interference pattern in the case of adjacent pinholes. I could not imagine that I could see with my own eyes how the diffraction marks get tangled before my own eyes.

For a better understanding I tried to mix the diffraction patterns of a green and red laser beam. Sadly I did not manage to get the projections as close to each other as I wanted but still, I was surprised at the mixture of red, green and "nothing" from the middle of the picture below.

With the laser setup I also checked my new Pinhole Camera: the Bladerunner. I call it so because unlike the others, it has two (or four) razor blades as "lens". Details about it, here. I experienced the operating mode in both versions, with a set of blades, as a single slit pinhole camera and two sets of blades, perpendicular to each other, as a double slit pinhole camera. Soon I will post pictures but until then you can notice, in the cover picture and in that below these lines, how the diffraction pattern shows in the case of this camera - completely different from that of a round pinhole . 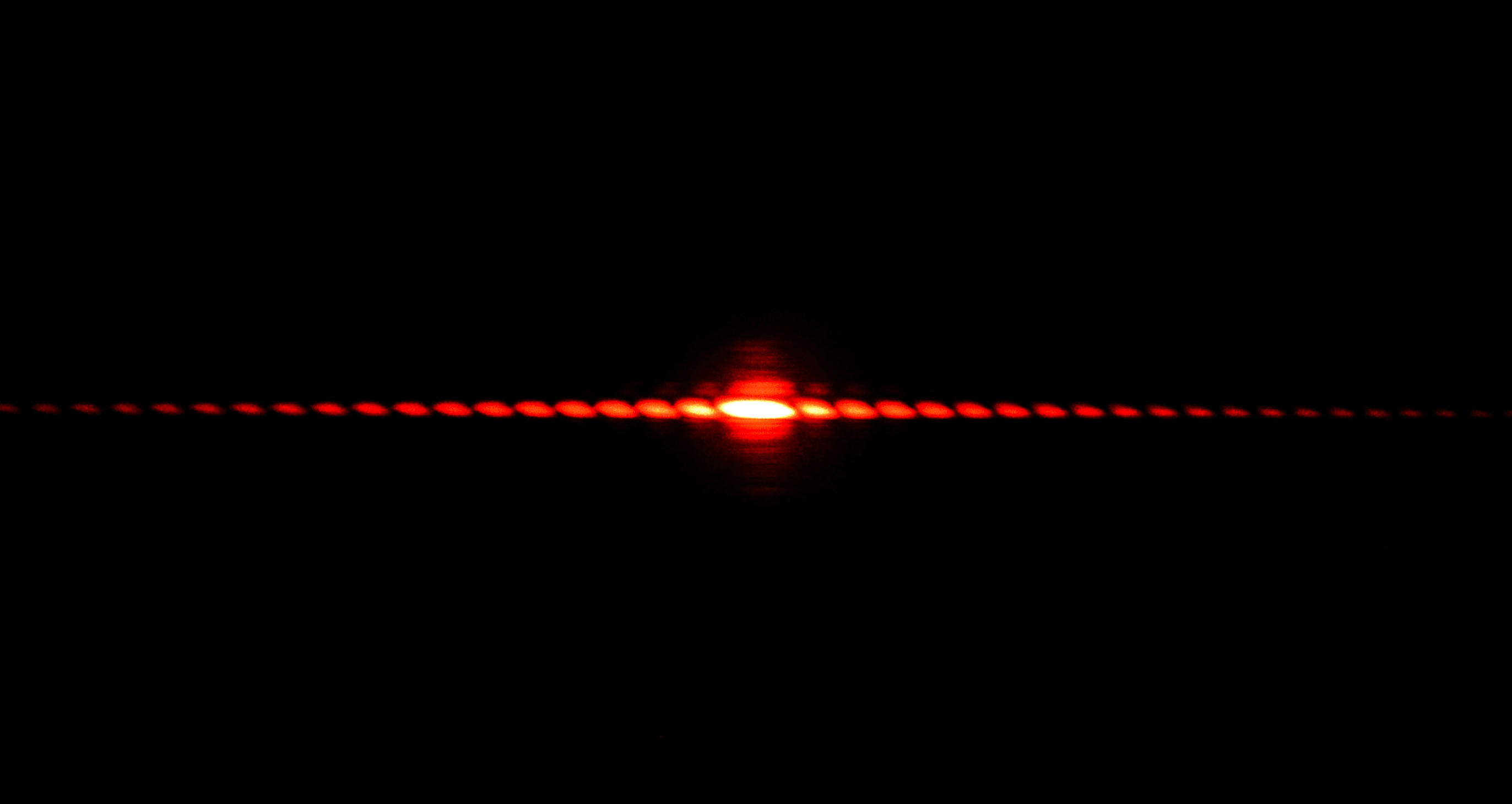 The highlight of my experiments was to facilitate the capture of the light waves, exposing a sheet of photosensitive paper to a green 5000 mw laser light. Perhaps I should call this technique lasergraphy. After 2 hours, the resulting photograph depicts the image of the light "waves" which broke at the edge of the pinhole, burning themselves onto paper.

A true picture of light itself: 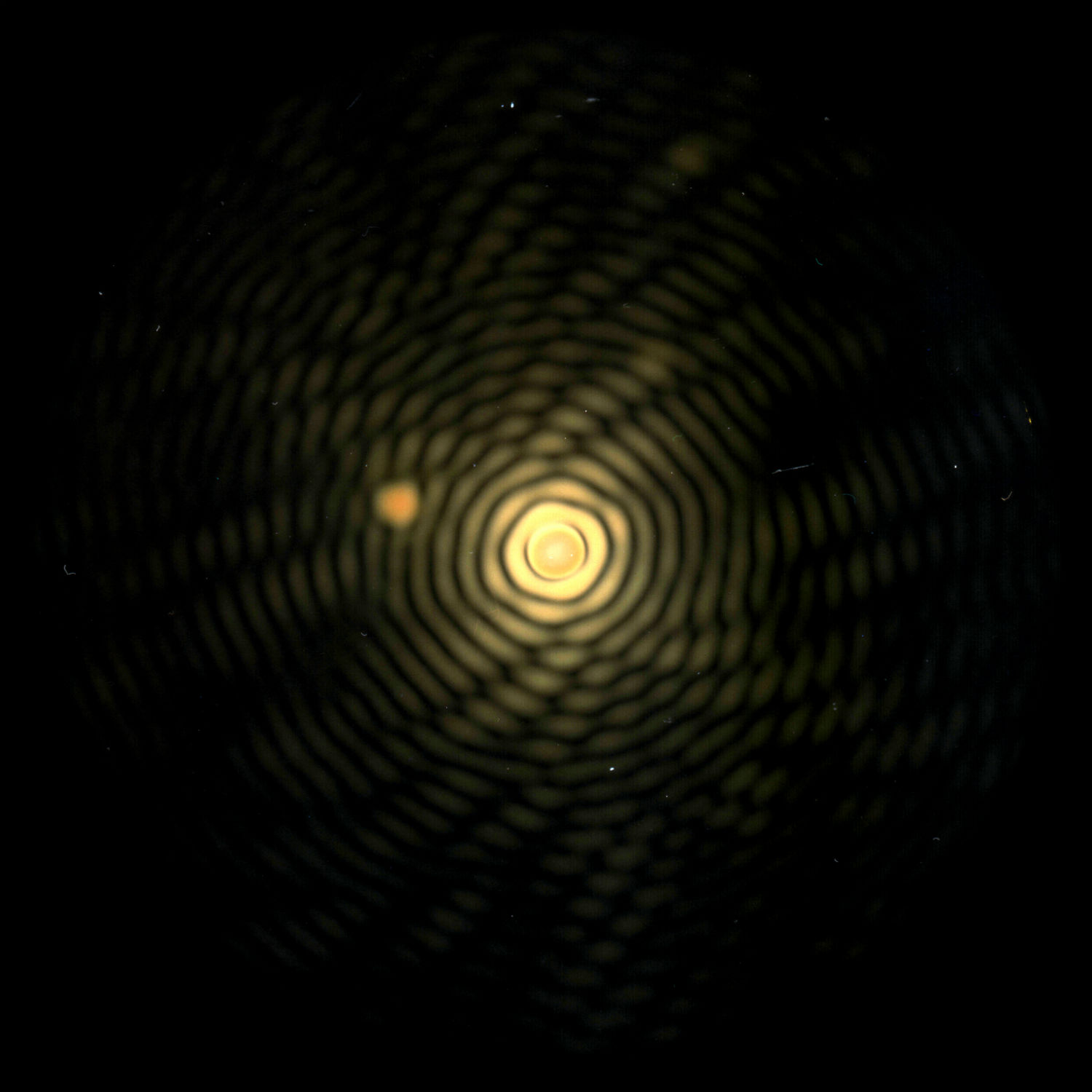